New features and enhancements increase the depth of the Shipwell platform.

From either a specific routing guide or from the master list of routing guides, a shipper can make a copy and change what is needed before saving.

Additionally, if a shipper wanted to create multiple routing guides in a row, checking Create Clone after Saving automatically creates a modifiable copy. 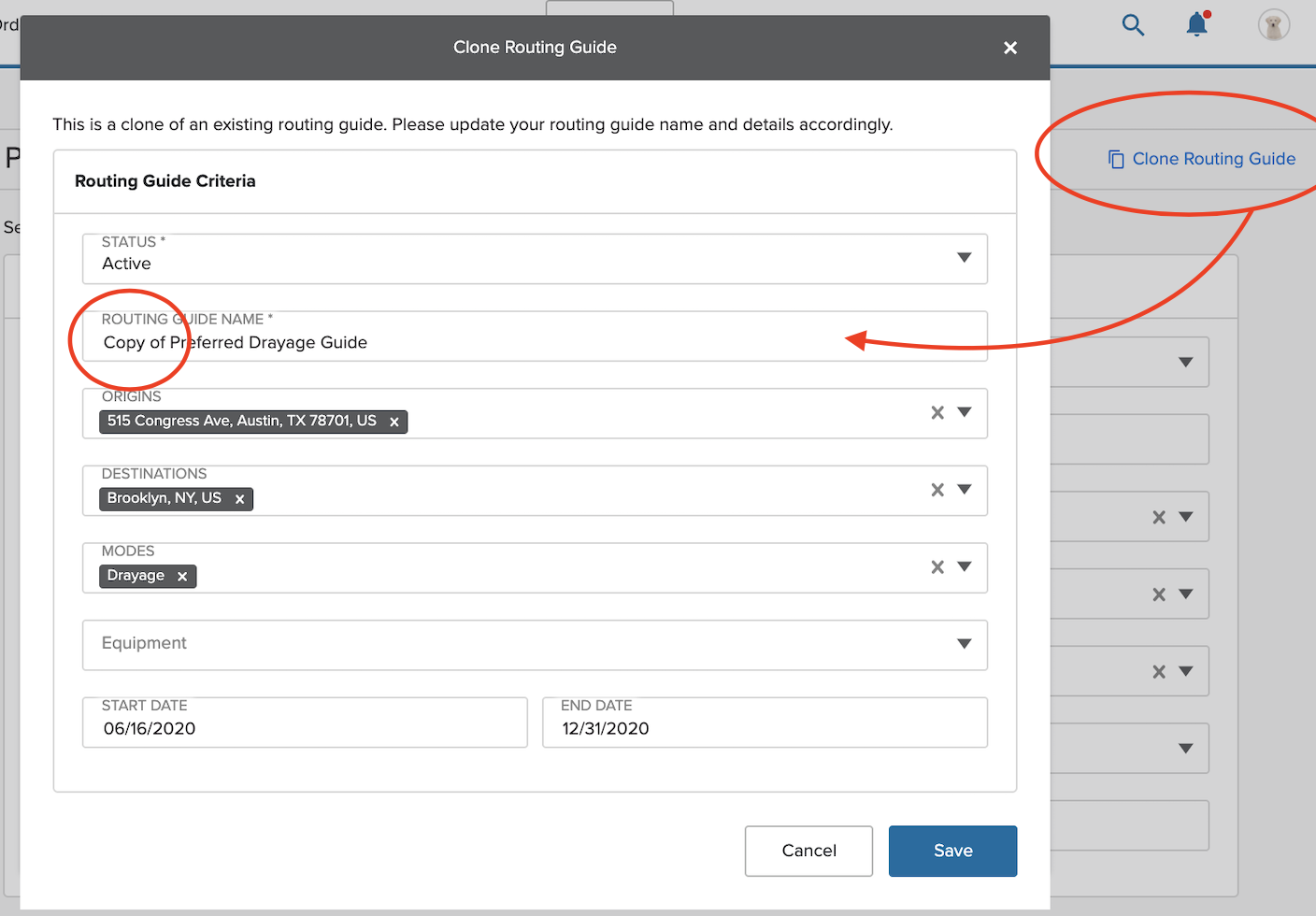 Additionally, if a shipper wanted to create multiple Routing Guides in a row, checking Create Clone after Saving automatically creates a copy that can be modified as necessary.

Similar to Contracts and Routing Guides, cloning can be executed from a specific SLA’s detail screen or the master list of SLA’s.

Additionally, if a shipper wanted to create multiple SLAs in a row, checking Create Clone after Saving automatically creates a copy that can be modified as necessary. 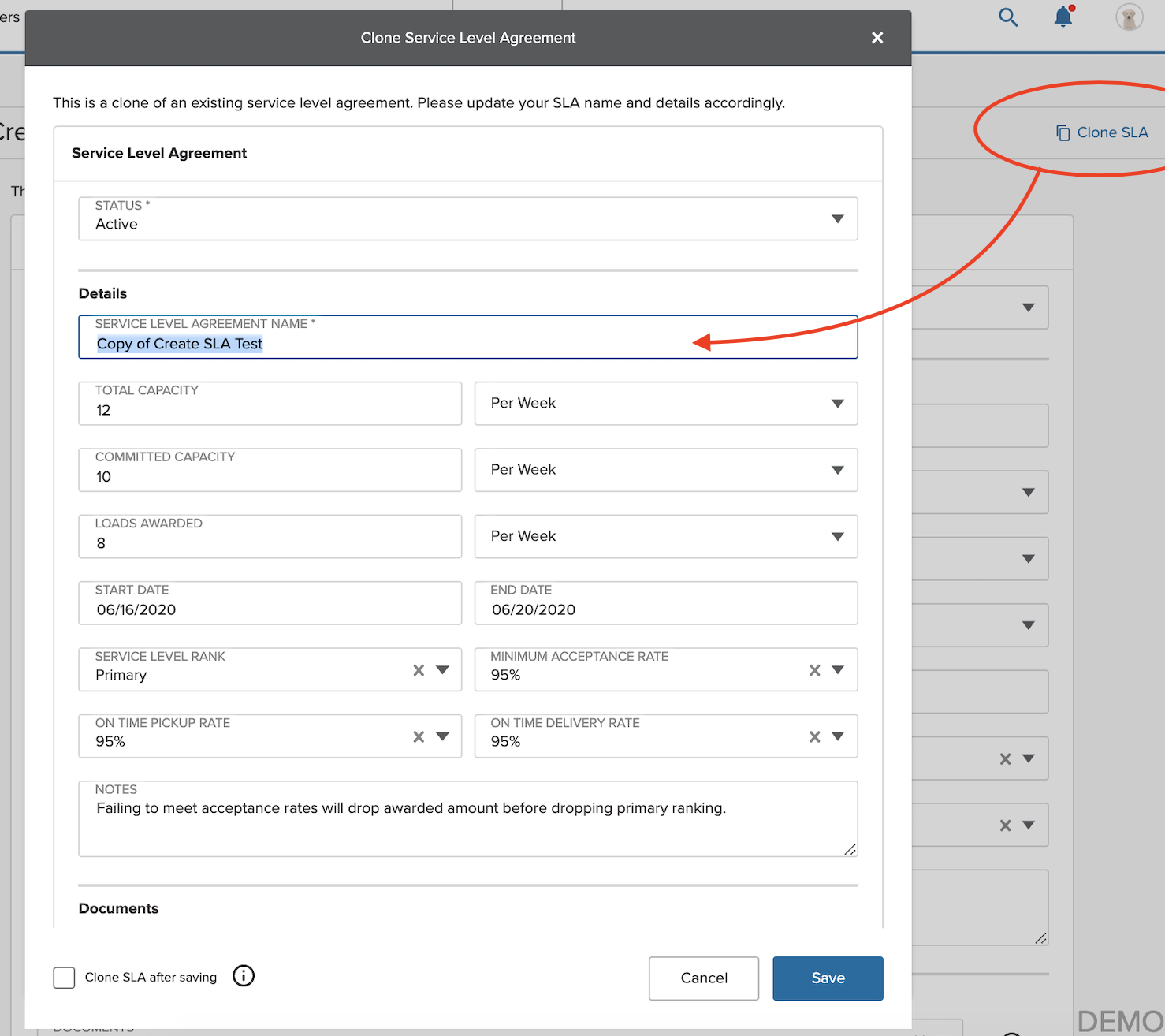 Both Routing Guides and Contracts now support Drayage. Previously, only FTL was supported. No functional changes or Drayage-specific additions were made, and the same approach to creating and executing can be expected.

Inactive carriers on load board

The tracking field has been removed from each Power Unit card on the Assets tab. This field was redundant with the Power Unit number shown in the header of the field and was displaying the UUID corresponding to that Power Unit.

Shippers can now import their carrier lists using the Bulk Import utility. Previously, adding carriers to the platform required defining each carrier individually. If the carrier had not entered their data in MyCarrierPackets, an admin could start with a USDOT or MC# lookup from FMCSA or start from scratch and enter all details themselves.

With the Bulk Import tool, importing multiple carriers in one bulk action is now available - which is necessary if a new customer brings an existing list of carriers.

An FMCSA lookup happens automatically (injecting most of the carrier data) with additional fields available to enter details not found in FMCSA like contacts and the carrier owner.

From Manage > Carriers, a user can launch the Bulk Import utility similar to Contracts, Purchase Orders, Address Book, and Products.

Likewise, either a local CSV to upload or public-facing Google Sheet is required. A template CSV is available here but can also be downloaded straight from the tool.

Remember the following when using the bulk import tool:

If a user included non-imperial measurements when defining line item characteristics (dimensions and weight), the conversions to go from imperial to metric were incorrect, causing inaccurate shipment line item totals. Now shipments can contain line items with both imperial and metric measurements and display the values based on the user’s preferences.

With this change, the shipment totals use the following criteria:

Temperature measurements which display on both BOL and Rate Confirmation documents now reflect the country preference for the account: “F” for the United States and “C” for Canada.